First, let me just say thanks for all of the feedback on the hair. I did end up changing it to a slightly more realistic orange/red: I have a wedding I'm shooting Friday and figured that on top of the TV spot were enough reasons to change it. But, the vaguely realistic orange/red will give a nice transition to next week's Nuclear Red/Hi Octane Orange.

No spoilers for The Amazing Race other than I'm really happy with the first episode. I can't wait to see more.

Speaking of rewatching, NCIS last night was amazing. I can't explain the amount of flailing and squeeing that took place. I think I may have frightened the cats. ( Collapse )

I'm actually way behind on TV watching. I still need to see House and Chuck from Monday as well as a few other show I've got saved up. Things are getting crazy again in my schedule, so finding time to sit down and catch up is getting more and more difficult. At least I'm not bored. Crap...does that mean I need to change my email address?
The mattress company I work for donates to the Michigan Humane Society. As a result, we partner with them and donate money for every mattress purchased when someone mentions MHS.

Tomorrow is their telethon. We've been asked to come by and say a few words about our partnership and the company. My boss (the owner) can't make it so he said I should send myself or someone else. I'm the coordinator of this project, I don't feel comfortable passing it off to anyone else.

On the other hand...I'm rocking some pretty colorful hair right now: Now that was taken a few weeks ago and it's a less saturated now, but you get the idea.

Open to: All, detailed results viewable to: All. Participants: 8

Is purple hair okay when representing a company on TV?

In order to help me get that camera, I've decided to do a limited print run of some of my recent photos.

To make things easy, these will be non-matted prints, that way you can decided how you want to use/frame them.

I can take Paypal, checks or money orders.

I still need to do a recap post of TRB, but that will come later. For now, I'm just posting some of my favorite photos from after the cruise.

fotoldy03 and I spent almost two days exploring Everglades National Park. It was an amazing experience. And, since I'm better at photography then writing....here are some of my favorite photos. 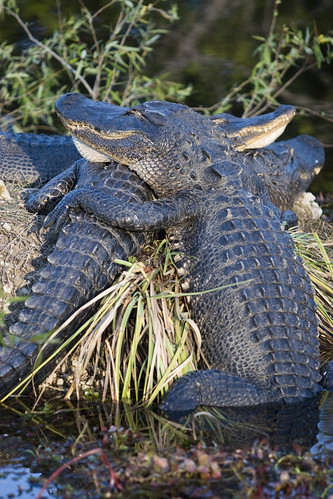 It is, therefore, no surprise that you crashed at 10pm and woke up feeling like ass this morning. Today, please try to eat something that contains at least some nutritional value and drink something not loaded with sugar and caffeine.

Signed,
Your pissed off body.
Hey to all of my fellow TRB friends out there....anyone booking tomorrow? Any ideas on cabins?

I haven't had time to check all of my email/LJ/TRB MB/Twitter/Facebook/etc stuff, so don't mind me. I probably won't have time to catch up before booking tomorrow so I figured I'd ask here for a general shout out.

Pics and recap from an amazing experience coming soon.
Having an amazing time. Days like this get me through the rough patches later in the year.

And more that I can't remember right now. Just finished formal night and waiting to head out to see some more shows.

I'll be back on land Thursday but not reading LJ until probably Saturday. All too soon, I need to go enjoy what's left of this trip!
This last week has been crazy. Highlight (so far) was seeing Laura Bell Bundy on stage. She played the roll of Elle originally in Legally Blonde the Musical on Broadway and is back for a short time on the tour. She was AMAZING!

But, in a few short hours I leave for Miami...Rock Boat Niner! Woo!

I'll be out of contact for the next week so if anything cool/important happens, drop me a note!

ETA: http://twitter.com/brendaisbored <-My Twitter account that I'm much more likely to update this next week.
I ended 2008 on an up note. I had been a little concerned, since we lost power for the first part of the week. A small bunch of us got together and played Wii. Laughed a lot and enjoyed everyone's company. Overall, a nice night.

I got home around 3am and fell asleep on the couch watching the recording of AC bringing in the new year. I woke up feeling like I'd knocked back a gallon of vodka. Of course, since I don't drink...I figured out pretty quickly something was wrong.

Needless to stay, I spent the next two days doing as little as humanly possibly. A group of friends came over the night of the first, but I basically just sat in the corner and let the TV entertain everyone. Not the way I usually like to host parties. The idea was that Bryan was eventually going to take everyone over to Lucky's and I was going to stay behind. That didn't happen but I think everyone had a decent time at least.

Today I finally felt somewhat normal again. Still not 100%...but significantly better. That's a good thing because I forgot I told Jason I'd go with him to try to get Wicked lotto tickets. The place was packed and I thought we were out of luck, but he got called. It was our first time seeing the show, so I was pretty excited.

Of course, I was even MORE excited when watching the performance I realized the guy playing Fiyero was the same guy who played Warner in Legally Blonde the Musical. I waited until the intermission to double check and did a little fangirl squee when I realized I was right. I may not have gotten to see him on Broadway (still bitter about that), I at least still got to see him on stage.

I wonder if I should be slightly frightened by the fact that I recognized him. Maybe I have watched that MTV special one to many times.

It seems I'm about to go on a little theater kick. After just seeing Wicked, next week is Legally Blonde, then RENT and Spring Awakening in February.