I had a thought today and came to the only place I could think of to ask about it...

Have you attended fandom type conventions before?

Do you enjoy large or small conventions? What about specific vs multifandom?

Feel free to point people here, I'd love input. Not sure if this is going anywhere yet, but we'll see. I just didn't want to let the idea slip out of my mind and disregarding it as ridiculous before getting some feedback.
Home now. After 10 days on a cruise ship, my couch seems to be rocking a fair amount. No complaints though, I wouldn't trade it for the world.

I really wish I could bottle the energy/vibe on TRB.

Caught up on Chuck (OMG love!) when I crashed on the couch last night.

Plenty of picture/videos to come. Had an amazing time. Can't wait for TRB XI
Ok, trying to work on my playlist for the trip and I realized I left it at work. Anyone have it uploaded? I'd like to finish this tonight if possible (so much to do!!!)
So I don't post here often. Which, really, is kinda weird since I'm on LJ at least twice a day reading my friends page.

Anyway, it's that time of year. A chance to reflect back, look forward and contemplate.

I've had an interesting year. I started it as I have the last several (and I will this coming year)...on The Rock Boat. That's a whole topic on its own. After TRB I took an amazing photo journey through the Everglades.

I attended Start Up Weekend Detroit, which didn't actually end in a business but I got some great friends instead. That particular weekend led me down a path that pushed me deeper into my current obession: Magic the Gathering. From that I've met even more great people.

I got the camera of my dreams but haven't had a lot of opportunity to use it yet. I'm hoping to change that in the coming year.

I turned 30. Scary. My friends threw me a surprise party, which helped cushion the blow of exiting my 20s.

I've made a lot of new friends, built better friendships with some long time friends but, unfortunately, lost some of the friendships I used to have.

I've also lost weight. I'm down almost 70 pounds for the year. I still have a long way to go and in no way am I rushing it, but it does feel good to look back and see how far I've come (even if I really don't think I look any different).

Looking back, I have to say overall, I'm pretty happy with this year. I hope the next goes as well, if not better. I hope that all of you have a safe, happy and healthy 2010.
A friend of mine has a sick dog (Parvo) and it needs to be hospitalized. He can't afford the $3,500 up front the vet is asking for but is willing to do payment plans. None of the vets he's called are willing to do it.

Any suggestions on how to find someone that will work with him? Other resources he should look into for help?

Hoping someone can help with some suggestions/info...he's really upset he can't help his dog because he doesn't have money.

Caught most of the Carbon Leaf and Alternate Routes show at Borders this afterrnoon. Afterwards I ran into Jackie and Nikki and grabbed some lunch.

Now I'm hanging out at Starbucks working and listening to live on TRB niner recordings. A couple of the boys from the Alternate Routes just walked in.

Leaving in an hour or so to see their show at The Blind Pig.

I kinda feel like Im on TRB all over again. Almost.

I had a great time last weekend in Niagara Falls. I'd love to go back and see more of the nontourist spots. The nature was beautiful but some of the shops were a little tacky :)

But, the bed and breakfast I stayed at was awesome. Not too far from everything (I didn't drive at all) and had amazing food. It was so good, I took photos of each breakfast with my cell phone. And since I ate so much at breakfast, I was able to skip lunch and then just eat the snacks I brought for dinner. I didn't have to spend any money on food! This was the cheapest trip ever!

As usually, I took a ton of photos. You can see the whole set here or just click under the cut to see more of my favorites: 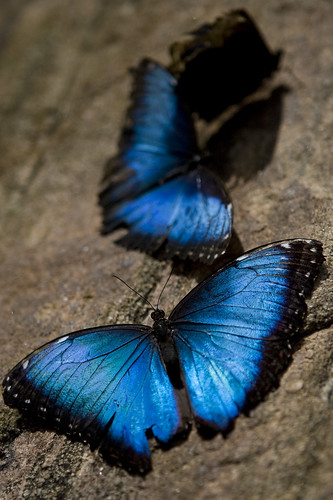 Ok...I didn't much talk on my FL and I couldn't let it pass.

Justin on SNL was pretty funny. My favorite skit from the night is under the cut.

On a side note....why didn't they ever release the Celebrity tour on DVD? I'd love to see that.

( Collapse )
I've realized that The Rock Boat is my happy place. When things get overwhelming, I get stressed or when everything seems to be going the wrong way, I turn to thoughts of TRB to get me through it.

I think it's because TRB is a whole other world...almost removed from Real Life. Sailing through the Caribbean with great people, listening to amazing music and (usually) enjoying beautiful weather. Cell phones are off. Email isn't beckoning. No work to get up for. It's wonderful.

This week is one of those weeks. Today is a major work deadline and I'm taking my one break today to write this. I've put my headphones on and I'm listening to a bunch of recordings from this last Rock Boat. You can hear the energy and happiness in the crowd. It's nothing like being there, but it's something to help this day go a little better.

I also changed my work wallpaper so that when I turn on my computer every morning, I can't help but start the day with a smile.

( Collapse )
It's been a while since I've posted here but I'm alive. I think it's Twitter that's sucking my time lately.

tribalforces and my fandom love is experiencing a high right now.

Next up is NCIS...this is going to be a good weekend.
Collapse